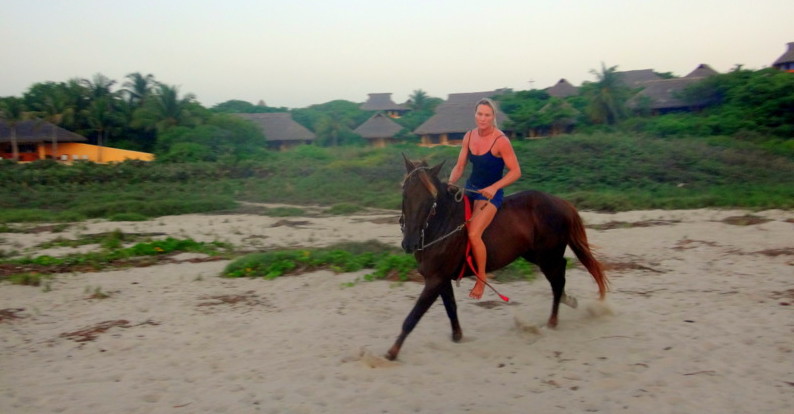 Once I leave the US, I am not bound by the rules of my culture. And when I am a foreigner in another country, I am exempt from the local rules. This extraordinary situation means that there are no rules in my life. I am free to live by the standards and ideals and rules I create for myself.
–Rita Gelman, Tales of a Female Nomad

Puerto Escondido is the center of surfing in Mexico. Every year, people flock to its world class beach break, Zicatela, which is known for its mind blowing barrels and board breaking beatings. The ding repair shops are some of the best in the world – they get plenty of practice, putting snapped boards back together.

The town fringing the beach break has exploded economically, rapidly adapting its amenities to the tastes of its visitors. From juice bars to frozen yogurt, bikini waxes to strip clubs, Puerto has it all.

Since I’m not a huge fan of beach break, especially highly critical soul-crushing beach break, I decided to set up camp at La Punta, a left hand point break on the south end of Zicatela. I figured it would be convenient to have a nice, mellow point break always at the ready, and if I wanted something more intense, I could walk 20 minutes down the beach to Zicatela.

After exploring my options, I selected a hostel with bountiful plants, shaded hammocks, clean bathrooms, and a hippie yoga vibe. It was 110 pesos, about $7.50 a night for a bed in a dormitory with access to a kitchen.

Truthfully, I didn’t use the kitchen. Not once. For whatever reason, I was tired and burnt out. I just wanted to be fed. And for the first time in a long time, I had diverse and luxurious choices: acai bowls, salads, Asian fusion, Thai; actual coffee, as opposed to Nescafe. I ate out every meal.

The day I arrived, I paddled out at La Punta. It was inconsistent, but there were some fun looking waves coming through. Certainly not enough for the 60 people that were out, but I figured I could pick off a couple. I can surf in crowds. Or at least I thought I could surf in crowds. It was harder than it looked. The locals have the place dialed. And the body boarders. I could have killed them.

I paddled deeper and deeper, until I was hugging the rocks, so close that I bumped against them as the ocean surged and sucked and pushed along the point. Then I was taking off on top of the rocks, too deep, jumping off of my board as it went careening toward more rocks inside and got dinged up. After only one session, I had had enough of La Punta.

Ready for dinner, I selected a restaurant specializing in stir fries, which, to my excitement, included actual vegetables. While waiting for my noodle stir fry in coconut broth, I met Lex, from Australia. We chatted about our travels, and he asked me if I had ever been to a specific point break to the north, which he had passed through recently. I pointed to the hand painted baseball cap on my head. “That’s where I bought this, last year,” I said. He knew the girl, Layla, that I’d gotten the hat from. I recalled how I traded it for one of my boards. “It wasn’t that 6’8” she had, was it?” he asked. It was.

For four years, I had ridden that board all over Santa Cruz and taken it on trips around the world. It was shaped by my friend Gary Cocroft, and it was awesome. After buckling it, fixing it, and then gouging it on the cobblestones in Mexico, I decided to give it a new home with my friend Layla. Lex had bought the board from her just a few months before. With thousands of people in Puerto Escondido, on my very first night, what are the chances?

I wanted to see it. We went to the house where Lex was staying so that I could have a reunion with my long lost love. And there it was, with the Gary Cocroft logo and the old buckle I’d repaired, undeniably my board. It had some new dings and patches since I had given it up, and the tail was smashed, but otherwise it was in reasonably good shape. A few days later, I helped Lex repair the tail. It felt good, to work on that board again, and share my ding repair knowledge with Lex.

After my encounter with the rocks at La Punta, I had some of my own ding repair to do. In fact, all of my boards needed work. My 6’0” was the unfortunate victim of the rocks, the 6’6” had a rail crack from a guy who ran into me at Punta Mango, and the 7’0” had a mysterious ding on the bottom that probably happened in transit. Since I was unmotivated to surf La Punta again, I took a day off and got to work fixing dings.

I had been corresponding via email with Stephanie, a traveling companion whom I’d met in Popoyo, Nicaragua, and was excited to learn that she was also in Puerto and wanted to get together. We had a warm reunion on the beach, trading stories of our travels since we’d parted ways in Ometepe. It was refreshing, to talk to someone with whom I already had a good connection.

In addition to being burnt out on surf, I was tiring of the requisite travelers’ small talk. “Where are you from?” followed by, “How long are you here for?” and, “Where else have you traveled?” English or Spanish, it’s always the same, and it gets old. So many meet and greets, so many acquaintances that surface briefly before they are forgotten. They’re like fast food – that same burger dressed up with a different name, temporarily filling some hunger, some need. Forgettable and forgotten.

With Stephanie, it was different. We had moved beyond the niceties. And I adored the fact that she is straight up, oftentimes to the point of being a little coarse. No ego stroking bullshit from this girl. She keeps it real. We met again for dinner, then got frozen yogurt, stretching out our time together until it was late, reluctantly saying goodbye. I would have stayed up longer, but I wanted to give Zicatela a try in the morning, and make the walk early, before the sand got too hot and the wind came up.

Zicatela is much more powerful than it looks from the shore. As I walked down the beach, what I saw was head high, smallish waves. But what I experienced felt like overhead, sand dredging grinders that launched me violently over the falls as the bottom dropped out from under me. Despite the many waves I’ve surfed, many of them several times overhead, and barreling, I am still intimidated by heavy beach break at less than half the size. It’s powerful and unpredictable. And no matter how fit, or how good of a surfer you are, a beating is guaranteed.

As I was thinking this, Jamilah Star paddled up to me and gave me some good tips about surfing Zicatela – how to swim in safely on a big day, how to read the channels and riptides. I had met Jamilah a few times surfing in Santa Cruz, and was happy to have her guidance. She told me that she has been training at Zicatela for 11 years, and that it’s her favorite type of wave because it’s powerful and unpredictable, because it will always have the upper hand, and all you can do is your best. Funny, the same things that make me wary of beach break cause her to adore it. I guess it’s all about perspective.

I ended up pulling it together and making it to the bottom of a few waves with my board under my feet. But I was nowhere near the deep barrels other surfers were pulling into. In my own way, I do have an appreciation for the yogic principle of surfing – it is something which I will continually strives at but never truly master. It is the constant reaching that is the reward. There is no final outcome, no climactic success or great win. Only the journey. I can’t imagine a time when I will ever declare, I am a great surfer. I will always strive to be better, and in that lies the sweetness.

Sometimes, my affinity for competing with myself, or an idealized version of myself, takes it too far. Over the years, I have created arbitrary rules, such as: I must surf every day that the waves are good and I am physically able. This rule has developed, in part, as a result of other cultural rules – work, plans, friends, family, uncancellable commitments – that have caused me to miss spectacular days of surf. Understanding that good waves can’t be conveniently scheduled, when they are around, I zealously take advantage of them. But what good is surfing unless there is joy in it? 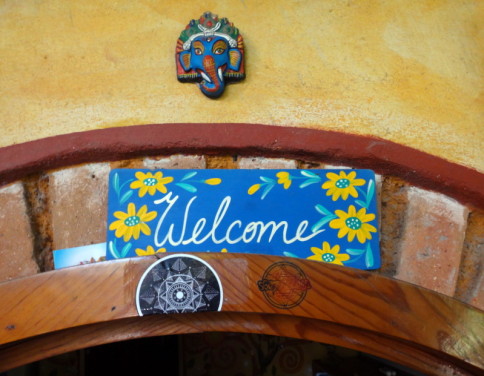 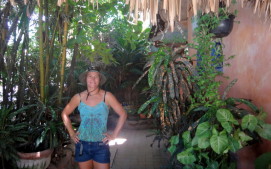 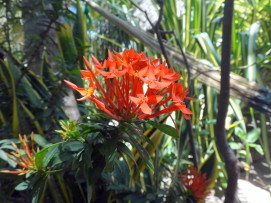 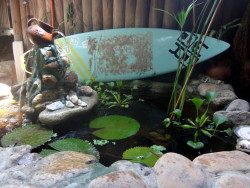 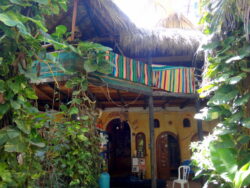 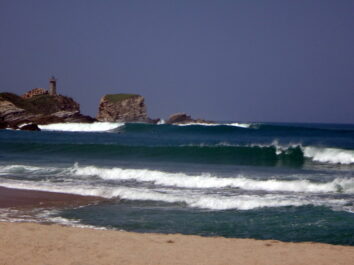 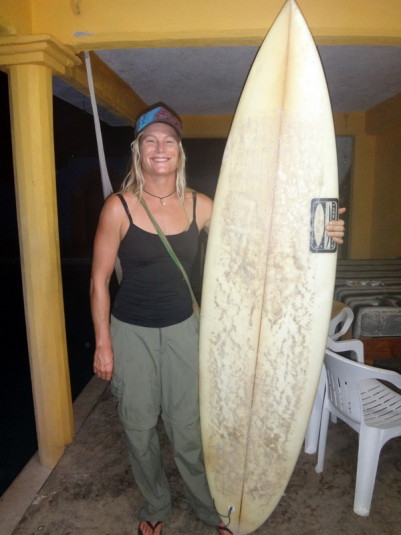 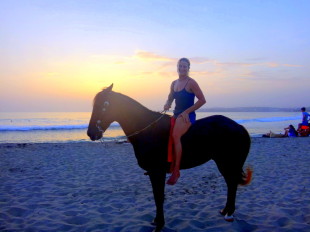 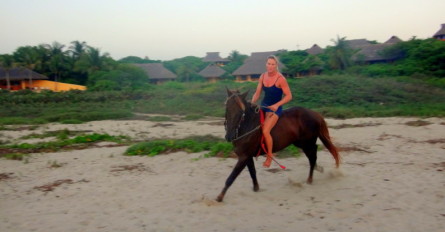 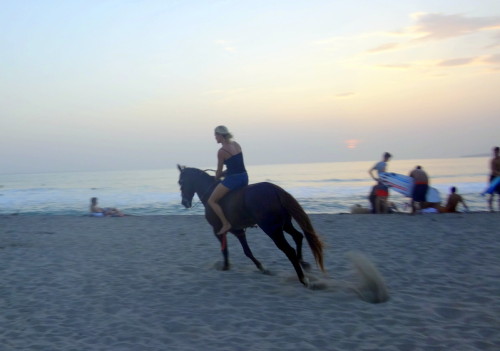 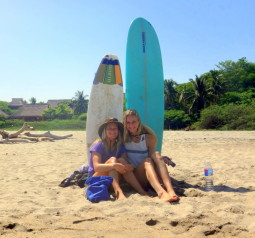 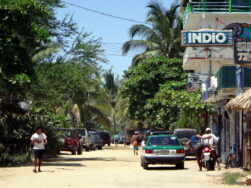 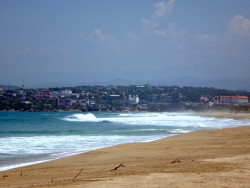 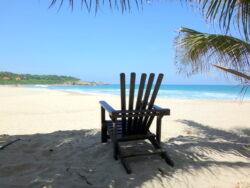 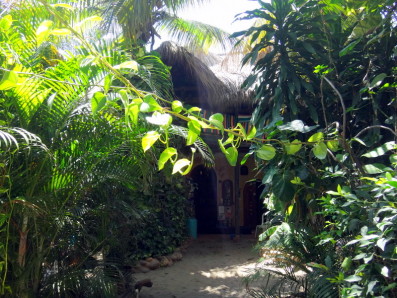 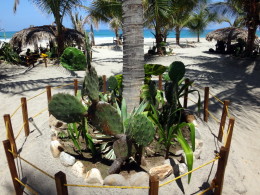 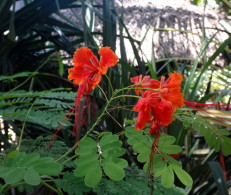 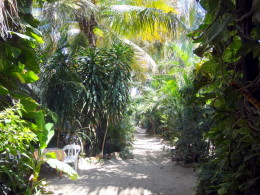