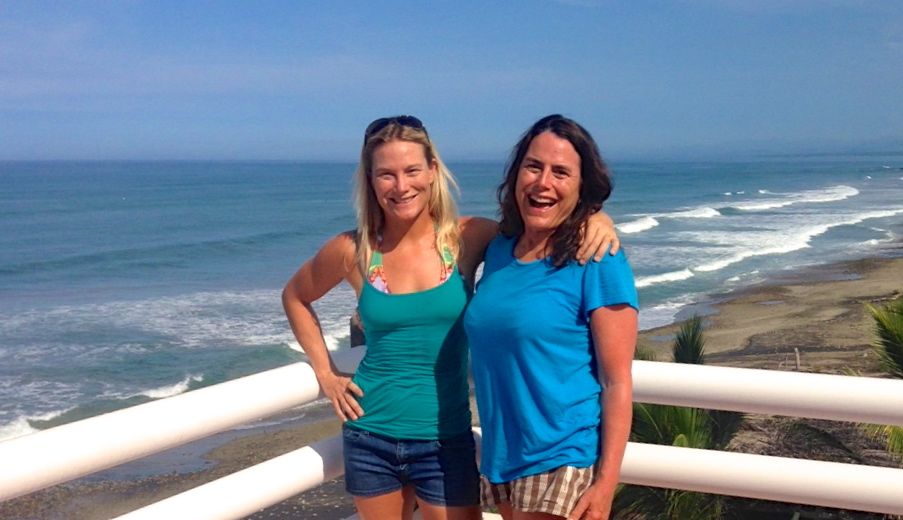 As my time in Puerto Escondido drew to a close, I eagerly anticipated my aunt Elaine’s upcoming visit. She’s like a second mother to me; I moved to Northern California to live with her when I was fourteen. And even after I went off to college and embarked on life as an autonomous adult, I felt that I always had a home to come back to.

In my early twenties, reeling from a break up, I felt that I was flailing, trying to stay afloat in the turbulent sea of the real world, the weight of my college loans pulling me under the current of so many other responsibilities. Elaine scooped me into the lifeboat of her home, gave me a chance to catch my breath and be carried, be cared for.

It was a twenty-hour bus ride from Puerto Escondido to Zihuatanejo, where we planned to meet. I got the last available seat, in the back row on the aisle. Out of all the seats on the bus, it was in closest proximity to the rest room. Every time the door opened, I was assaulted by the sharp, acrid smell of urine. The bus was full, so the bathroom door opened a lot. I rubbed vanilla chap stick around each nostril, pulled my eye mask down over my nose, and took a sleeping pill. Every time I settled into a dream, the person sitting next to me seemed to have to use the restroom.

But it was all worth it when I stepped off of the bus and in the same moment, Elaine stepped into the station. We hugged, and I lingered in the pleasure of her embrace. Since becoming single again, I am a stranger to touch. I crave it, but I am wary, untrusting. Sure, I hug my new friends, but if I hold on for too long it might send the wrong message. With Elaine, I can let my guard down.

We took a taxi to the grocery store to get supplies for the week. Elaine influenced my love of cooking. We both prefer to cook rather than eat out, and share a love of vegetables. Turning into the bright rainbow of the produce aisle, I almost cried with happiness. Just the other day, I joked to a friend that I forgot what vegetables look like. I couldn’t wait to remember how they taste. Every one went into our cart. Huge bags of them. When we unloaded our bounty, it barely fit in the fridge. By the end of the week, the fridge was bare. We took turns preparing healthy and delicious meals: stir fry, chicken mole, ceviche, ginger fried rice, pasta primavera, guacamole, and gallo pinto. The dream.

Elane had booked a two-bedroom place on the beach in a small village near Ixtapa. Once I agreed to a date and location, she took over and made it happen. Our place for the week was listed as the “Tree House,” spanning the second and third story of an immaculate property set on an unspoiled, picturesque beach. My room was at tree level, with a giant soft bed and large screen windows on all sides. The view was divided into two even layers: flawless blue sky, and a dense canopy of treetops with a thin frosting of ocean pressed in between. As early rays of sun touched me awake each morning, I opened the shades of my eyes to butterflies breakfasting on the nectar of blood-orange flowers on the flamboyán trees, birds darting between palm and banana leaves, my room a tiny cream-colored island in a sea of blue and red and green.

Elaine had brought some surprises, and said that Christmas was waiting for me in her suitcase. She had gotten me new clothes, and brought what seemed like a library of books. In my sweat-stained threadbare dress, on the last few pages of a faded book with a broken spine I had picked up at a hostel, I was thrilled at these gifts, which I hadn’t even asked for. She knows me well.

In addition, she brought the things I had ordered online which are not obtainable in Mexico: a new camera to replace the one with the broken lens and sand-gritty surf wax caked in every orifice; a case for the new camera which I hoped would prevent a similar fate; ear plugs to replace all the ones lost to the ocean; and an authentic Asian balm which promised relief from insect bites.

And best of all, Elaine had brought me her old computer. Mine finally gave out under the stress of the harsh climate, which is inhospitable to electronics. My computer was old and battered to begin with; it had suffered through an unfortunate event a few years ago when saltwater trapped in my sinuses decided to liberate itself as I composed an email, gushing without warning onto my keyboard and ruining the track pad. While replacing the track pad, I inadvertently shorted out the battery sensor on the circuit board, meaning that the computer had to be leashed to a wall outlet in order to function from that point on.

In Costa Rica, my computer stubbornly refused to turn on. Figuring that it was an effect of the heat, I put it in the freezer for 15 minutes prior to each use, with excellent results. But in El Salvador, after years of relentless abuse, it finally quit. I carried it with me all the way to Mexico before I was able to procure a tiny screwdriver and pry out the hard drive. The rest of it went unceremoniously into a garbage can in Huatulco. It was literally a weight off of my shoulders.

And now, at this impromptu Christmas in July, Elaine unpacked a Macbook from her sleigh. After sweating and cursing over Spanish keyboards in countless internet cafes which blazed above the average temperature of a sauna, I was ecstatic to have an English-language laptop that could function wirelessly and didn’t even need to be put in the freezer!

It was our first time in Ixtapa, and we were pleased to find ourselves in a unique slice of paradise. The beach was rugged and beautiful, bereft of the trash that mars so many beaches I have seen on my trip. Elaine is a strong and confident swimmer, and we had a great time body surfing together in front of the house and snorkeling at the point, which housed a virtual aquarium of tropical fish, coral, turtles, and eels. Not expecting much in the way of waves, of course I ended up finding some. It was just fun enough to be satisfying, but not so fun that it made me reluctant to do other things, like go horseback riding and stand up paddleboarding with Elaine.

We did a lot of fun things together, but what I enjoyed most was having someone I love to talk to, face to face. I’ve met wonderful people on this trip, people that I hope to keep in touch with for years to come. But there’s a level of restraint that I feel I need to maintain in new friendships. It’s not appropriate to bombard someone I’ve just met with the backwash of my last relationship and several months’ worth of pent up emotions. Family is another story. Though the flame of intensity can burn the delicate thread of a new friendship, it welds the cables of established relationships and makes them even stronger.

It’s true, traveling has taught me how to cope with many things alone. But it’s also emphasized the importance of good friends and family. These are the people that I can psycho-dial when I’m having a bad day, who will ship me money or earplugs or crunchy pancake mix at the drop of a hat if I ask them to, who send worried messages when I am off camping on a beach somewhere and they don’t hear from me for a week, who know the person I really am and have my back no matter what.

Last week in Puerto Escondido, over an ice cream with Stephanie, we talked about the benefits and drawbacks of being single. One of the things that sucks the most is eating dinner alone. After we got past the formalities and succumbed to our inevitable friendship, Stephanie and I had a standing dinner arrangement. We agreed it was better than a date. And we joked that we’ll always return each other’s messages the next day.

Elaine brought me wonderful gifts, but what I appreciated most was love. Long hugs, eating dinner together, unburdening the stress of my last relationship and being with someone I truly love replenished something more important than my traveling supplies. It revived my spirit and reaffirmed what a strong network of people I have in my life. You know who you are. Thank you. 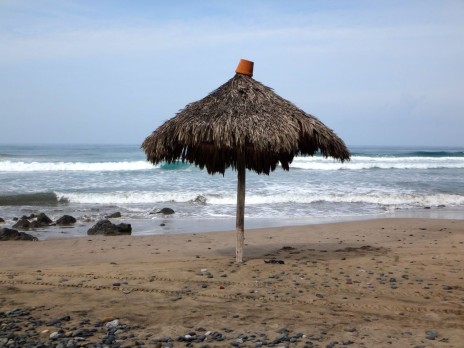 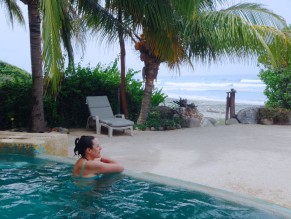 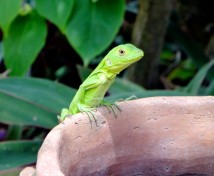 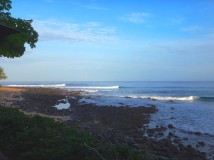 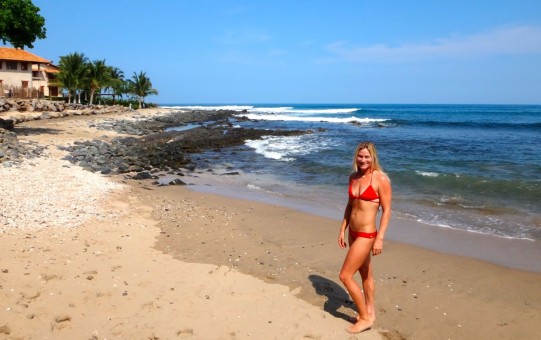 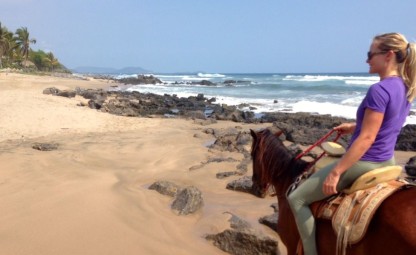 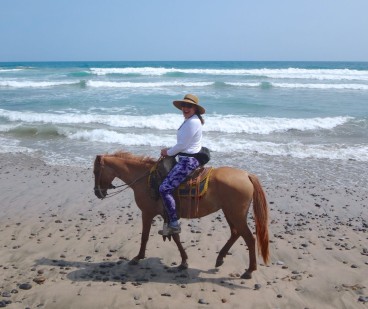 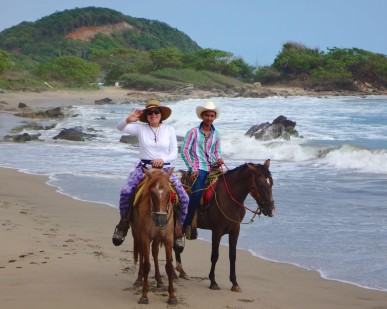 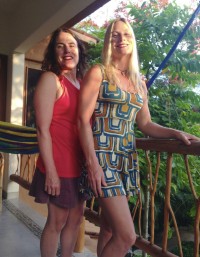 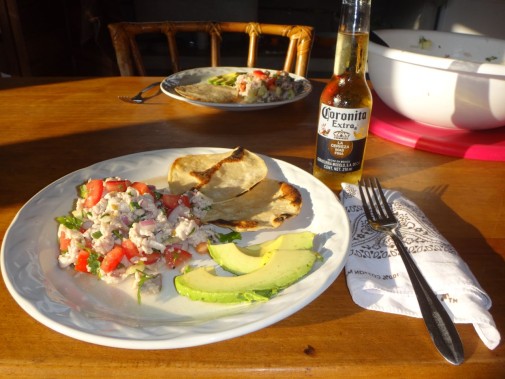 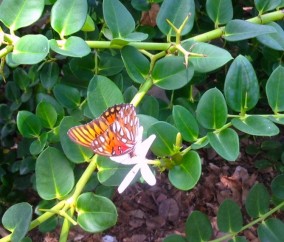 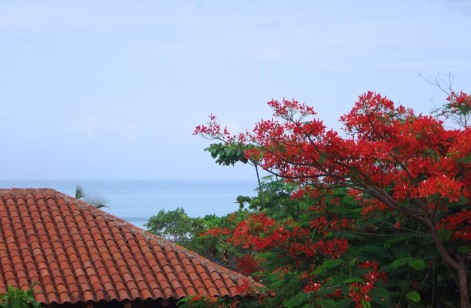 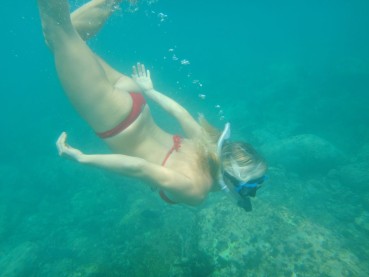 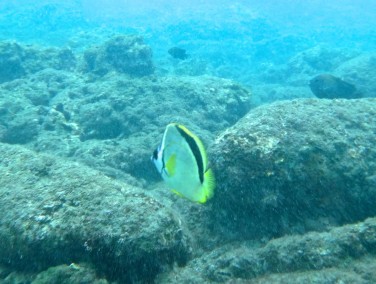 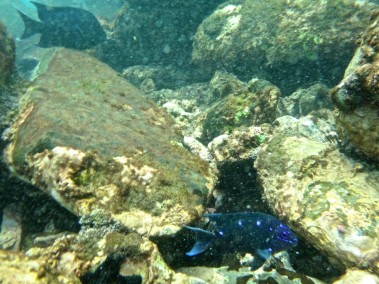 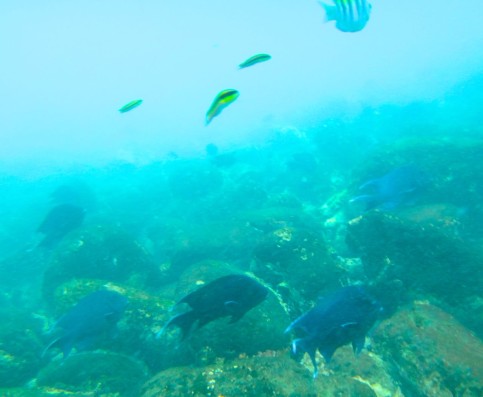 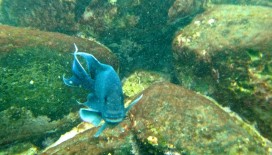 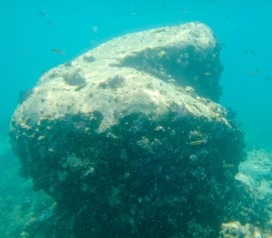 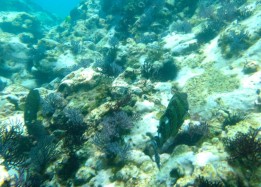 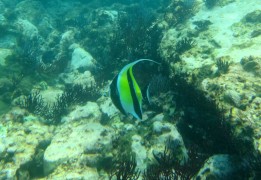 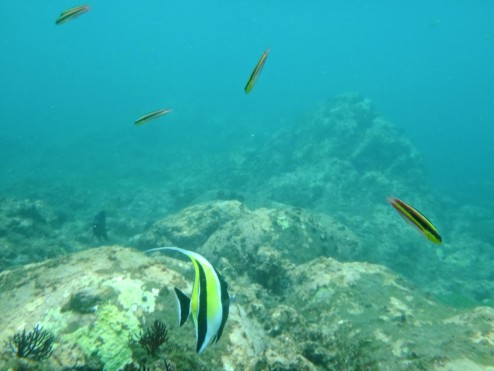 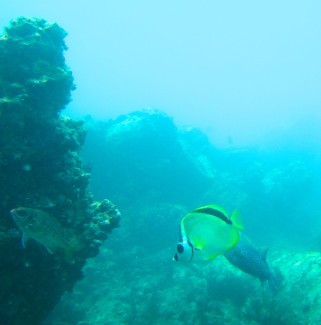 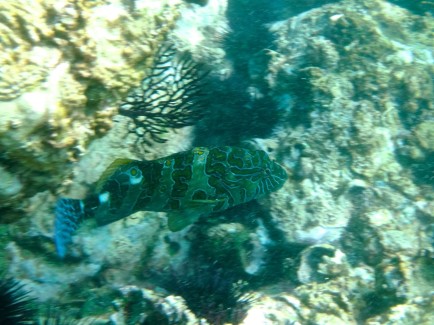 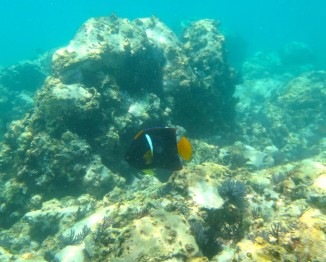 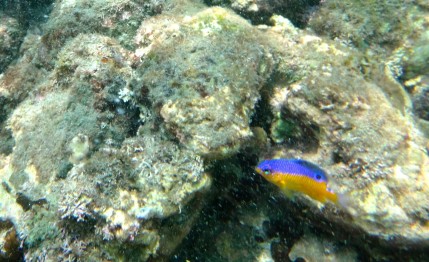 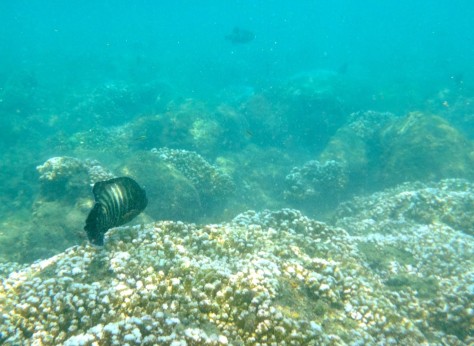 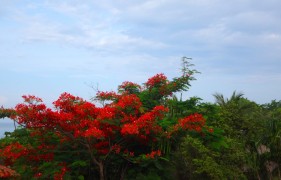 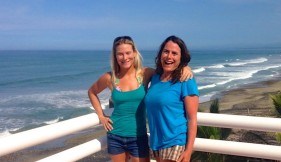 5 thoughts on “Christmas in July”