After I had recovered sufficiently from the most recent food poisoning debacle, I resumed heading north, stopping briefly in San Blas before continuing on to Mazatlan, where I planned to take the ferry to Baja in a few days time. With a plentiful selection of waves to choose from, and greater exposure to the south, I hoped I would find enough surf to tide me over until I reached Baja.

Mazatlan is a big city with dense, tall buildings and a nightclub-like atmosphere. My bus pulled into the station after dark, and as usual, I had no plan. I had been told that the beach was dominated by expensive hotels, but I still hoped to find a hostel within my price range. Prodding the cab drivers in the parking lot, I learned that there was an inexpensive hostel near the city center, and hired a taxi to take me there. The hostel was clean, comfortable, and air conditioned, with a pool and wifi. It meant that I would have to take the bus to the beach, but it would do.

The next morning, I donned a bikini, sarong, and flip flops, and walked a half mile to the bus stop, then caught a bus to a surf spot called Playa Bruja, which I’d heard was a good option when the waves are small. On the cliff overlooking the break was a rickety RV flanked by a group of travelers and locals. They greeted me warmly and offered to let me put my sandals and return bus fare in the RV for safekeeping while I surfed.

We chatted idly while I surveyed the break. It was situated in a small bay fenced with a fortress of towering hotels. In the distance, container ships advanced toward a bustling harbor with tall cranes poised to transfer cargo. Several cone-shaped islands rose out of the water farther offshore, vestiges of the lush green mountains that preceded this empire of asphalt, concrete, and steel. An adobe and stucco colored rash had broken out on the islands, symptoms of a plague descending on the last generation of a species well on its way to extinction.

The waves weren’t much to speak of, unremarkable beach break already textured with a steady onshore wind. But they were good enough that I could ride my short board, so I plunged thankfully into the ocean and dissolved the lingering tendrils of sickness, the suffocating exhaustion of traveling, and emerged from the water awake, alive, reborn.

I got a ride back from Gabe, a local surfer and restaurateur, stopping at his restaurant for jamaica-ginger juice and fish tacos. After lunch, I walked the remaining mile back to the hostel, past Senor Frog’s behemoth club, past stores plastered with glittering advertisements, through a tunnel of looming gray buildings competing for proximity to the sky.

The street, the buildings, the traffic, the sidewalk, all seemed a malignant mass of gray, in the shadow of a giant storm cloud obscuring the integrity of the land. Patches of manicured plants erupted in small pockets of artificial green – drab, limp, replaceable. Jackhammers cut into the pavement like scalpels on a scar, tearing up what was already built to make room for more.

After a few days in Mazatlan, it was time to begin the long trek across the Sea of Cortez. I boarded the ferry at 3pm along with Rohan from the hostel, and we settled in for the overnight journey to La Paz. My ticket included a reclining seat in the air-conditioned passenger compartment, movies with Spanish voice overs, dinner and breakfast, as well as access to the main deck where I could get fresh air and a view.

Rohan and I traded travel stories; as it turned out, we were on the same general trajectory north through Central America and Mexico, though he had forged a more central path, stopping in the major cities, while I had stuck to the coast. The basis for my coastal route was obviously surfing, but I was curious about why he had chosen the path that he did. His answer made sense: the cities are where most people live, and where one can experience the food, culture, and every day life as it is for the majority of the population.

Though his reasoning made sense, I have always felt suffocated by cities. In open space, I feel like I can breathe. And there is something dear to me about raw, unadulterated land when I can feel it between my toes. An intimacy, skin to skin.

I traveled to small towns along the coast on the premise of looking for uncrowded waves. And I have found them. But for me, the sweetness has been walking through overgrown jungle paths, hearing the cackles of wild parrots and monkeys; swimming among tropical fish and sea turtles; climbing trees sticky with juice from mangoes and starfruit; sitting out in the ocean at sunset and watching the clouds change colors above the rich emerald canopy of trees. I love surfing, but even more, I love that surfing has led me to moments like these, has given me the wisdom to appreciate their magic and purity.

As the ferry pulled out of the harbor, I climbed the stairs to the top deck and surveyed the cone-shaped islands that I had seen from the shore of Playa Bruja, their verdant greenery pockmarked by houses and antennae. I fear that, like the islands, many of the places I have come to know on this trip are on their way to extinction. Already, land is being sold and cleared. There is talk of new houses, surf camps, and fancy hotels. I fear that the indigenous people holding on to this land are fighting a losing battle. If they resist the temptation of money and greed, they will fall victim to power. These people are infinitely strong, but not in the ways of the modern world. I fear that they may be the last generation of a dying breed.

I wrote about my reasons for taking this trip in Commitment. Though I had reservations, they were overpowered by an inexplicable sense of urgency. At the time that the dream began to take shape, I was stuck in a job that gave me endless stress and a relationship that smothered me. Both felt like they were holding me back from the kind of life I wanted to live and the kind of person I wanted to be, though at the time I couldn’t quite put words to it.

The kind of life I want to live – a life in which time is more important that money. Experiences are more valuable than things. Wild is beautiful. Freedom is sacred. And the kind of person that I want to be – one that runs out into the world with open arms, grateful to be present during this unique era in time when a woman is free to travel alone, yet the land is still virgin and pure and bountiful, its people a mosaic of heterogeneity. Now, I understand the urgency. The world will not wait for me. 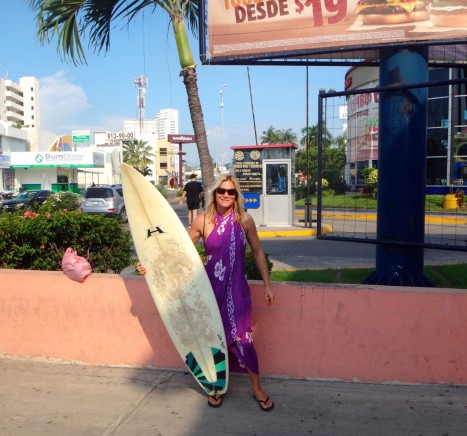 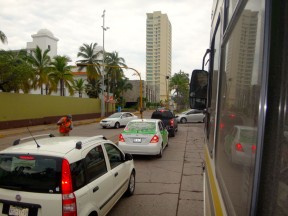 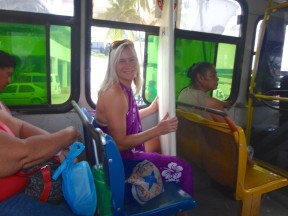 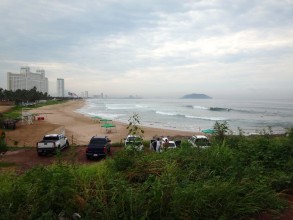 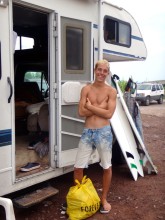 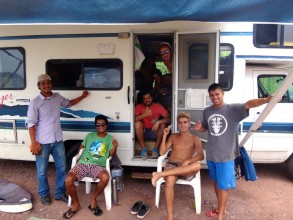 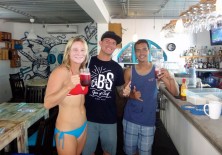 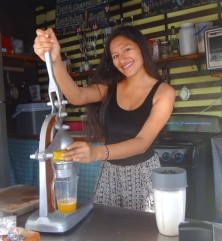 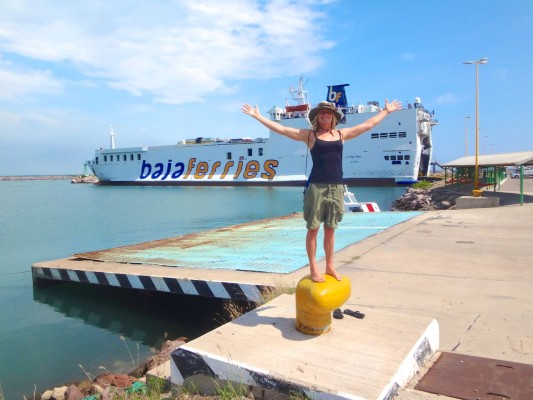 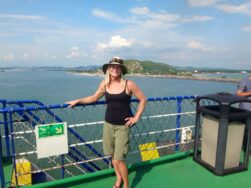 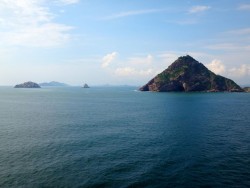 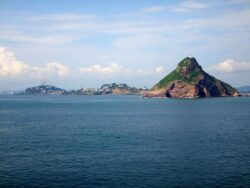 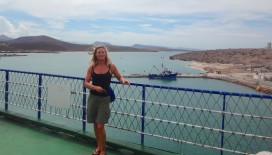 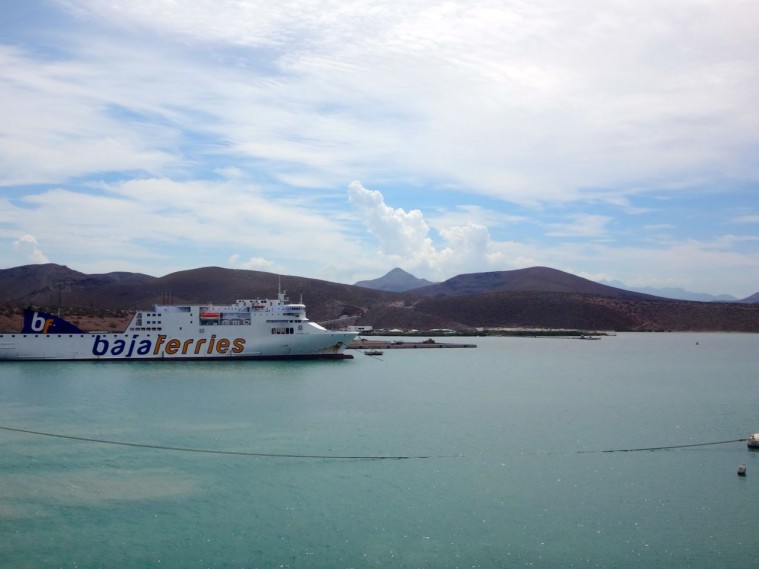