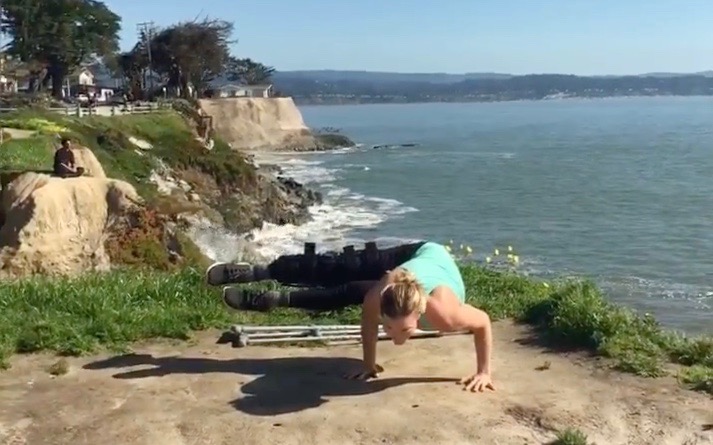 Adapting and Evolving When an Injury Leaves You Beached

My surfboard dragged hard at my leg and then released with a snap I could hear underwater. A bolt of pain shot through my knee, vibrating all the way up to the top of my hip.

An MRI revealed that my leash wasn’t the only thing that snapped—the anterior cruciate ligament in my right knee had torn completely off of my femur. On Feb. 2, 2017, I underwent reconstructive surgery, facing six months without surfing. I couldn’t imagine how I’d cope, but, unfortunately, I didn’t have a choice. As I limped along the painstaking path of recovery, I soon learned that I was in good company. Many surfers deal with getting beached at some point, including athletes at the apex of the sport, who have a lot more invested in it than I do. In speaking with two local legends—Savannah Shaughnessy and Shawn Dollar—I realized that which doesn’t kill us really does make us stronger.

“I focused on each little step ahead of me,” says Savannah Shaughnessy, who dislocated her left knee while surfing Mavericks in January 2016. The big-wave world tour competitor and XXL award nominee tore nearly every structure in her knee, requiring multiple surgeries and nearly six months on crutches. She latched onto surgery dates, studying for her nursing exam and small milestones, like walking the length of the fence in her parents’ backyard, to stay motivated during her recovery.

“It’s so weird to have your identity just stripped from you,” notes Shawn Dollar, who broke his neck in four places and suffered a traumatic brain injury (TBI) while surfing a massive hurricane swell in September 2015. The two-time Guinness world-record holder for the biggest waves ever paddled into had to stop living in the moment, and begin viewing his life by the month. “Back then, the moment sucked,” he says. Undiagnosed injuries he sustained during his professional surfing career—including hundreds of concussions and a previous spine fracture—had reached a breaking point. 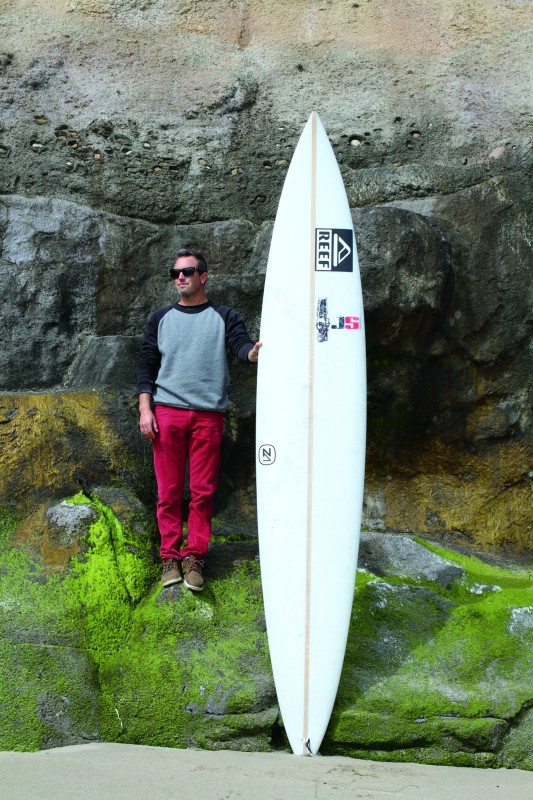 Deeply depressed, Dollar took comfort in walking along the ocean during this difficult time. “I’d sit around the corner at Sewer Peak and surf waves in my head,” he says. “I got so much joy just watching the ocean, and I never had that before.” Shaughnessy developed a similar ritual: getting ice cream at the drive- through and curling up with a blanket at Steamer Lane, as she struggled with the devastating possibility that she might never surf again. “I don’t know if ‘grieve’ is the right word, but I had to accept that I had a permanent change in my body,” she says.

After surgery, my knee swelled to the size of a watermelon. I couldn’t do simple things like get out of bed or pour myself a glass of water without assistance. Friends, family, and neighbors came to my aid, stopping by to help out, drop off food, or simply keep me company. The silver lining became a deepening of these relationships. “It brought me and my family a lot closer,” agrees Shaughnessy, speaking of her accident. Dollar, too, noted positive side effects in his life: “I’m a better dad and a better husband,” he admits, adding that he’s no longer the “surf monster” he used to be.

Shaughnessy returned to the water in September 2016, paddling from Cowell Beach to Steamer Lane with her fiancé, Tyler Conroy, brother Patrick, friend Nikki Brooks, and a few others. She describes catching a wave on the shoulder at Middle Peak and riding it on her belly as “the most exciting thing I’ve ever experienced.” Brooks is currently filming a documentary about Shaughnessy, though it’s unclear how it will end, as Shaughnessy keeps raising the bar. Though she still struggles with severe arthofibrosis, patellar tendinitis, arthritis, and chronic pain, Shaughnessy is standing up on a glider, and hopes to surf Mavericks again someday. “If I could do it, I probably would, but I’m not going to be foolish about it,” she says.

Four months after his accident, Dollar paddled out at Sewer Peak. On his first wave, an errant board hit him in the head. “I took it as a sign that I shouldn’t be surfing right now,” he recalls. Instead, he shifted his drive to diagnosing and treating his TBI. “If I wasn’t motivated, asking the questions, seeking the help, I wouldn’t be where I am,” he insists. “I’m doing better today than I was before my accident.”

A devastating knee injury while surfing Mavericks may have temporarily derailed Savannah Shaughnessy’s surfing, but the big-wave legend is making impressive strides toward recovery.

He hopes the progressive treatment path he has forged will help others suffering from similar injuries. “I don’t need to surf like I used to surf,” says Dollar, who has vowed to steer clear of high-risk waves, like the ones on which he established world records. “I’m not a big-wave surfer anymore.”

I returned to surfing over the summer, in the warm waters of mainland Mexico. Though I’m thrilled to be back in the water, my relationship with surfing has changed. It’s less maddening, less desperate. My life feels more balanced now that I’ve learned to live without it. “[Surfing] is something I really love to do, but it’s not the center of everything anymore,” agrees Shaughnessy, who has shifted her priorities to spending time with her family, furthering her career, and taking care of her dog, Chuy. Her injury affirmed that there are more important things in life than surfing. “I learned that I don’t need to surf to be happy,” states Dollar, echoing a sentiment I slowly accepted during my own recovery.

Looking back on my injury, in many ways, it’s been a blessing. I learned to accept and appreciate help from others. I finished writing my first book. I feel a stronger sense of purpose and identity. If I could turn back time to the fateful day my ligament snapped, I can honestly say that I wouldn’t change a thing. “A lot of good things have come from it,” says Shaughnessy of her accident. “I feel a lot more resilient than I did before. I have a lot more gratitude.”

Dollar sums it up simply: “I feel like I have a better life.”

One thought on “Fish Out of Water”